First of all, the greatest moment in my life was in 1960 when I was 18 years old and played on an independent semi-pro baseball team from the San Fernando Valley  that defeated the hated Dodger Rookies in 10 innings at Blair Field in Long Beach, CA.  The Dodger Rookies got all the best players, ones that were better than us on paper anyway, and almost always won their games.   And those of us who weren’t the “chosen ones” had something to prove.  And that evening we did, defeating the hated Dodger Rookies, 4-3.  I went 3-6, getting hits off three different “pus arm” Dodger Rookie pitchers and the last one was the winning hit in the 10th inning.  I am still pumped about it! White-Front-tops-Dodger-Rookies

In a further distractive aside,  veering significantly from the main point of this page, it is interesting to note that a few years later I was able to play outfield on one of the Dodger derivative semi-pro teams, the Valley Dodgers.  We got to wear the great Dodger “blue” uniforms, and had the best players from all around the San Fernando Valley!  And with them, we won most of our games, at one time amassing a 21-game win streak behind the likes of future MLB pitchers such as, Tom Griffin, Astros.  It was fun to crush the hapless teams with their mediocre players who had the ill-fortune to schedule us.  Of course, sometimes one of those mediocre teams would beat us, but, as you can imagine, it was always some kind of fluke.

((Many of us forget the importance of sports in American culture; 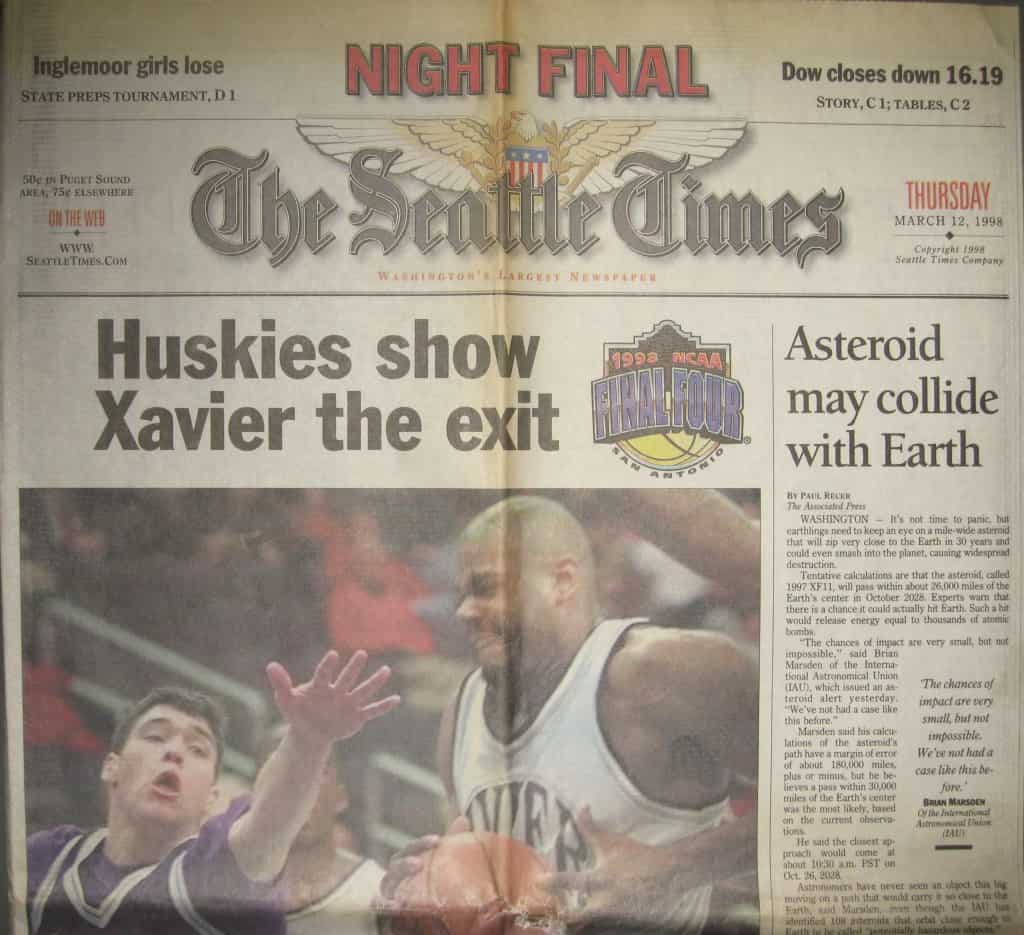 Now, in the weather domain, I was born with “sky blood” (see photo at left).   This photograph was taken by my mom, which I ruined by looking up at the sky at the critical moment;  my little crybaby brother is standing next to me (where my right hand is).  In fact, it looks like he is getting ready to cry again right there in this photo over something; who knows what?  And sometimes he cried when I hadn’t even hit him for something! (Teasing bro here…)

I still have a sky compulsive-obsessive disorder (SCOD).  I continue to take, as I have over the decades, thousands and thousands of photos, now even more promiscuously with the advent of digital media  In fact#2, I have to run outside right now and take a couple of photos of  some stratocumulus clouds and the quilty pattern of shadows running across Oro Valley; these MIGHT be better than any of the few hundred quilty shadow pictures I already have….

Well, you get the picture.

And where did all this weather interest lead me?

First, after graduating from San Jose State and sampling some grad courses during the turbulent late 1960s, I got a job in Durango, Colorado, where I was hired as a Project Forecaster for a large randomized cloud seeding experiment (1970-1975-filmography).  I was so excited!  And after that project ended, I was hired by Peter V. Hobbs and the University of Washington (1976) as a “Flight Meteorologist” in their airborne research program on clouds and aerosols.  I gradually ascended to “Flight Scientist” (director of research flights) in the Cloud and Aerosol Research Group and photo archive of personnel and projects.  I was so excited#2!  Imagine, a storm chasing guy now saying to his pilot, “gimmee that cloud over there.”  And the world was our research lab, from the Arctic to Brazil and Africa, from the Marshall Islands to the oil fires of Kuwait!  I was involved in more than 700 research flights while with CARG.

For me, there couldn’t have been a position any better in life than this one (action shot)!

During the first job, and before I joined the University of Washington,  I was employed for short periods as a “radar meteorologist” in several “commercial” cloud seeding projects involving aircraft.  It is assumed in such projects that increases in rain will occur due to seeding.   In these kinds of projects, I spent two summers in eastern South Dakota (1972 and 1976), and four months in Madras (now Chennai), India (1975), and near Huntington Lake, CA, in the Sierras in August 1973.  I was charged with directing from one to four seeding aircraft in these various projects.

It was in while I was in Colorado in the early 1970s and in the commercial cloud seeding projects that I learned a lot about the cloud seeding community.  Due to what I had learned, I became a leading critic of numerous cloud seeding experiments and reanalyzed several, and commented in the literature on several others (publications).  The story of the collaborations between Professor Peter V. Hobbs, and where he was relative to cloud seeding issue before I arrived, is “divulged” in a talk I gave at the Annual Meeting of the American Meteorological Society during Peter Hobbs Symposium Day in New Orleans in 2008. This talk has been expanded over the time since into more or less a whole autobiography of how Peter and I came to collaborate on this topic, and how I “morphed” into a skeptic.   Its also a talk about science and how it can go off the rails and into a ditch.

Part of that talk in New Orleans, and the present LONG slide show (here) , is an observation, arrived at by 2006 thanks to an intradepartmental squabble over snowpacks in the Cascade Mountains of Washington,  that there are parallels between the kind of things that corrupted the cloud seeding literature and the kinds of shenanigans that we have seen in the global warming community in “Climategate.”   So, in drawing those parallels, I was really beginning to step onto some hot lava!  That 2008 talk at the UW Deparmental Colloquium was given with IPCC Chairperson, Susan Solomon, in the audience, who felt motivated to comment.

After retiring from the University of Washington, I spent several months during the 2006-2007 winter in Riyadh, Saudi Arabia doing cloud research in a Learjet in conjunction with the National Center for Atmospheric Research, and the Saudi Meteorological Service, known as Presidency of Meteorology and Environment (PME).  That was actually quite fun, and I enjoyed meeting the Saudi meteorologists.

In 2006, the late Professor Peter V. Hobbs and I were awarded a science prize by the United Nation’s World Meteorological Organization for our work in weather modification over the prior 30 years.  I am especially proud of this recognition, because with only one exception, the many publications that I/we authored in the literature, and the only reason I was co-honored with Peter,  concerned cloud seeding publications were done on my own time, not on grant monies.

Having retired more or less permanently now as the brain continues to dim, I am fortunate enough to live in Catalina, Arizona, a townlet about 20 miles NW of Tucson.  I had storm chased in Arizona in the summers of 1964 and 1965, so I knew what the wonderful summer weather I was getting into was all about (winters, however, are a bit drab.)   I am here with my wife, Judy, and our two large retriever mix dogs, and a horse, Jake, that was left by the previous owners of the modest place we bought here.   I have a great wife who no doubt suffered some but understood, during those years of “own time” work on reanalyzing cloud seeding experiments and also when I was going to the U of WA to forecast for KUOW-FM on weekends.  With my real job at the U of WA, this volunteer work made it a seven day work week, and if the KUOW forecast was going bad, it was not a good weekend day!

as I am today: